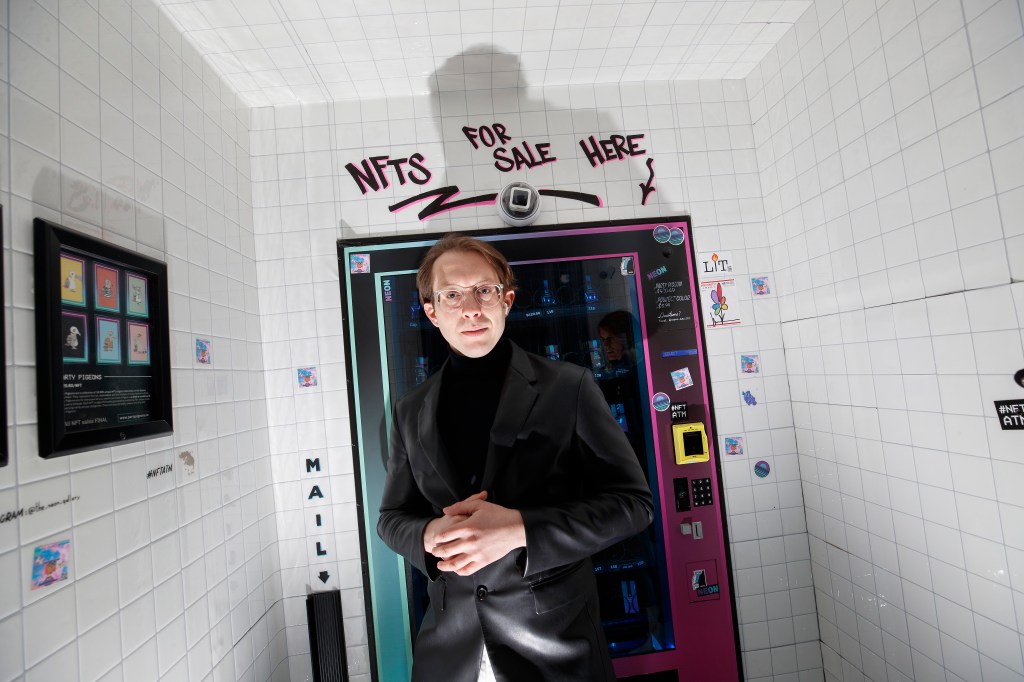 Is this real life, or is this just fantasy?

Sales of “real estate” in the so-called metaverse — digital renderings of properties located on one of the four major virtual platforms — topped $500 million last year, according to MetaMetric Solutions, and the market could soon grow into a trillion-dollar business in the near future, according to experts.

Celebrities like Snoop Dogg, Paris Hilton and Justin Bieber have all purchased property in the metaverse of late. And just like in the real world, they’re attracting star-crazed neighbors, with one buyer recently shelling out $450,000 in real money to own virtually rendered property next to Snoop.

A real-life four-bedroom house in Gulfport, Fla., recently sold for $653,163 as a non-fungible token, or NFT, making it the first physical home to be sold in this way.

The digital real estate craze has gained so much momentum that now, mainstream investors and real estate companies are getting into the business.

But is virtual real estate the ultimate new play or are these investors getting played themselves?

Arnold, an entrepreneur who owns a crypto and NFT consulting management firm, says that “buying metaverse real estate right now is like buying real estate and land in Manhattan in 1812.”

“In 1990, they said you’re going to buy your shoes online and people thought you were smoking DMT,” Arnold said. “I’m going to hold until my grandchildren are grown and I own the next Grand Central.”

In November, a plot of virtual land sold for $4.3 million in “the Sandbox” (a virtual platform) — setting a price record for metaverse real estate.

Another plot of land on the play-to-earn gaming platform Axie Infinity sold for $2.3 million. But the cheapest piece of land in the metaverse, a 1-by-1, 96-square-meter plot in the Sandbox platform is now going for $13,000, according to a recent Fortune report.

A 16-square-meter plot is asking the same price in Decentraland, another popular metaverse platform. That’s up more than tenfold from just a few months ago.

Metaverse properties can look like anything from plain, gray squares considered plots of land to complex replicas of society with neighborhoods and houses that have furniture, stores with stocked shelves, carnivals with rides and games, and more, depending on how owners choose to invest in and develop their land.

There are even metaverse architects and designers who will build you a house (or 10) on a virtual plot of land.

The massive upside and relatively low-cost barrier of virtual property ownership has attracted loads of eager investors hoping to becoming the Harry Macklowe, Stephen Ross or Gary Barnett of the internet.

“Many of us may not have had enough capital to buy physical real estate and I see this as a good bet to build wealth, knowledge and ownership in the new Web3 environment that is being built,” said Chris Adamo, the cofounder of Flamingo Capital, a web3-focused VC fund and Queens native, who is tethered in the physical world to Miami.
He owns roughly four dozen virtual properties spread across many metaverse worlds and he says that his network of properties has increased tenfold in value in the past year.

But while many are bullish, others smell BS.

“Virtual land is a pyramid scheme that’s reappeared two or three times since Second Life in the early 2000s,” said Edward “Ted” Castronova, a professor of media at Indiana University Bloomington who is known in particular for his work on the economies of synthetic worlds. “An NFT or virtual land guarantees that you and only you are the owner of this particular piece of nothing. You want a solid play? Buy stock in game companies. Game companies actually attract eyeballs to their virtual landscapes.”

The stock market also seems skeptical. Facebook’s stock price sank 22% after it announced that it had invested $10 billion into its sweeping metaverse project.

Whether metaverse real estate is the next bubble, or our dystopian future, digital land sales are not showing any signs of slowing down.

Danny Shamooil, CEO at Voro, a cloud-based real estate brokerage, likened the metaverse to the early days of Netflix.

“When Blockbuster closed you had no choice but to download Netflix,” he said. “People don’t do good with change. But they are adapting, learning and getting educated. People are learning how to open wallets and use crypto more frequently.”

Shamooil’s business is subscription-based and completely remote. He has close to 1,000 brokers in seven states that are advising people on what kind of land to buy and where — a souvenir business, for instance, might want a storefront near meta Disney — as well as how to fund virtual wallets to purchase the land and how to facilitate real estate transactions.

Personally, Shamooil owns meta plots and yachts in Decentraland, which he wouldn’t disclose the cost or value of, but acknowledges that their value has increased three to five times in the past year since he bought them.

“It’s very early but the future looks bright,” Shamooil said. “Nothing is set in stone. There are a lot of changes people are going to have to adapt to in the long term before it becomes mainstream.”

But that won’t deter believers.

“History has always been written by the winner,” said Arnold. “Whoever wants it the most, gets it.”