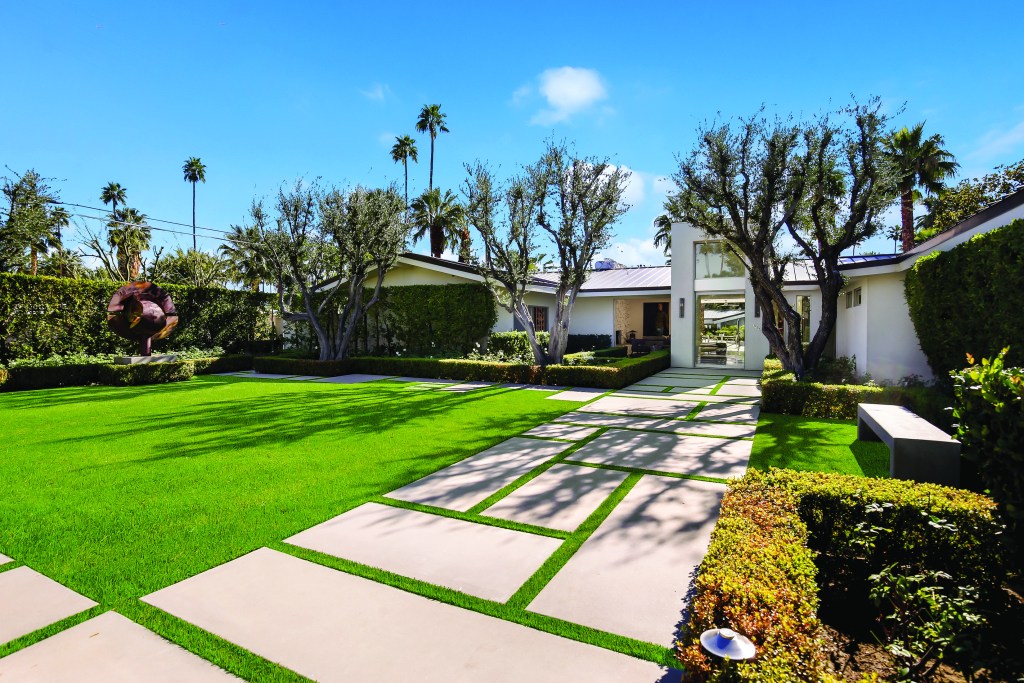 It’s hard out there for homebuyers. Southern California’s residential real estate prices are at all-time highs and continue to increase in every sector of the marketplace. A combination of factors led to this unprecedented economic reality, which is causing pain for first-time buyers who can’t afford to enter the market, for those wishing to move to scenic, less urban locales due to the acceptance of work-from-home and for investors faced with skyrocketing acquisition costs.

Historically low mortgage rates and tight inventory has resulted in a scenario in which demand overwhelmingly outstrips supply for single-family homes. Although mortgage rates are ticking up and hundreds of thousands of Californians moved elsewhere, the competition remains brutal.

Home as sanctuary, workplace, school and entertainment center became fundamental throughout the pandemic; buyers at elevated price points were willing to spend more to find a suitable abode in a desirable location that met these essential needs. According to Compass’ “Ultra Luxury Report,” in 2021 the greater Los Angeles region had the most residential sales transaction volume of $10 million and above homes (totaling $10.6 billion) any U.S. market, a 97.5% increase in sales volume compared to 2020.
Work-from-home translated into a new paradigm for showbiz creatives and tech’s elite: all can work anywhere in the state, pushing prices up considerably in the popular escapes of Santa Barbara, Joshua Tree, Palm Springs and the surrounding Coachella Valley. L.A.’s Westside neighborhoods are in demand as ever and once relatively affordable areas such as Inglewood, Westchester, Baldwin Hills and Ladera Heights have seen home values sharply trending upward.

So how do buyers land their dream property (or any property) when there’s such a dearth of inventory?
“You get an agent in the area you’re interested in, who is really entrenched in that neighborhood and knows the neighbors and neighborhood that makes a big difference,” says Frank Langen of DPP, Westside L.A. Patience is also required. Langen specializes in the Pacific Palisades and L.A.’s 90402 Zip code where lots average $3 million and single-family homes hover around $4.8 million. “It’s unbelievable but that’s what it is and there’s no inventory,” says the veteran real estate agent.

Out in Palm Springs, Realtor Jim Schwietz of Bennion Deville Homes similarly emphasizes the primacy of the agent/client relationship. (He’s listed the extensively renovated, 6,600-sq.-ft. former estate of Sidney Sheldon on Via Lola in Old Las Palmas for $9.75 million.)

“The secret is to find a realtor who knows what’s coming, and so buyers can see the inventory as it hits the market,” he says.

Available homes are at a 48-year low, he adds, noting other market changes. In prior years, Palm Springs’ buyers didn’t become serious until the summer months, taking the winter months to look and tour properties in the low-density desert enclave. The first months of 2022 are already atypical.

Buyers can adopt several strategies to be competitive. Passive is out; proactive is in.

“Sellers want buyers that can close without too much trouble and hassle,” says Rob Kallick of Compass Hollywood’s Take Sunset team. “When looking at terms, it’s who is likeliest to close? A good agent will advocate on your behalf.”

Those terms can include agreeing to purchase a property as-is without repairs or credits, no loan contingency and a shortened escrow period.

Kallick recently represented the seller of a two-bedroom, one-bath, restored 1920s Spanish bungalow in Echo Park that garnered 58 offers in one week. The ultimate buyer presented the highest all-cash offer and very strong terms; escrow closed in 14 days, with the 847-sq.-ft. house selling for just over $1.495 million.

“It’s important to find out what the seller would like, adhere to that and then sweeten it by giving them what they want,” says Tami Pardee, founder and CEO of Venice-based Pardee Properties. Although buyers should still expect to conduct due diligence, “They really must put their best foot forward” and should not expect repair credits after inspections unless it’s a safety issue. “You can’t renegotiate a deal right now.”
Homes are often snapped up immediately, some entering escrow within 24 hours. Overall, the average days on market have decreased significantly across L.A.’s Westside.

Pardee’s firm is well-established in Venice, Mar Vista, Marina del Rey and Santa Monica. She’s seen a major influx of buyers from New York and San Francisco who gravitate to the beach areas, with interest in once-stagnant Playa Vista “off the charts.”

“You cannot be a complacent buyer, that will not land you success,” says real estate agent Dusty Baker of Sotheby’s Intl. Realty, Montecito. Buyers need to be in control of every variable of their offer, be available to view properties immediately and be comfortable with presenting offers with no contingencies, he says.
Competing against multiple offers is a given in the Santa Barbara area (from Goleta to Carpinteria), where there’s a “tidal wave” of qualified and moneyed buyers, Baker says.

Stats from Fidelity National Title Group Santa Barbara confirm its appeal: since 2016, the average sales price of single family homes has almost doubled, increasing a robust 89%. Currently, the entry price into Santa Barbara proper ranges from $1.5 million to $2 million for a modest, early 20th century-built bungalow. Per Baker, the pandemic effectively re-set the cyclical nature of home values in June 2020.

“If you want something right now, you’re going to have pay a premium,” he adds.

Buyers have incorporated pandemic-imposed lifestyle changes into their searches. Homes with the most sought-after pandemic-era amenities—land, garden, pool and views — are trading higher, says DPP’s Langen.

“People want homes with moment spaces, work areas and private areas within the home,” adds Pardee, who’s seen firsthand an improvement in home design and landscaping. “All those COVID projects came to fruition.”

With rising inflation a reality, analysts and real estate agents do not anticipate a housing price retreat or a lessening of homebuyer interest. Most think (and genuinely hope) today’s higher valuations will incentivize sellers and supply will loosen.

Says Sotheby’s Baker of the current cycle, “It’s not slowing down for a long time.”