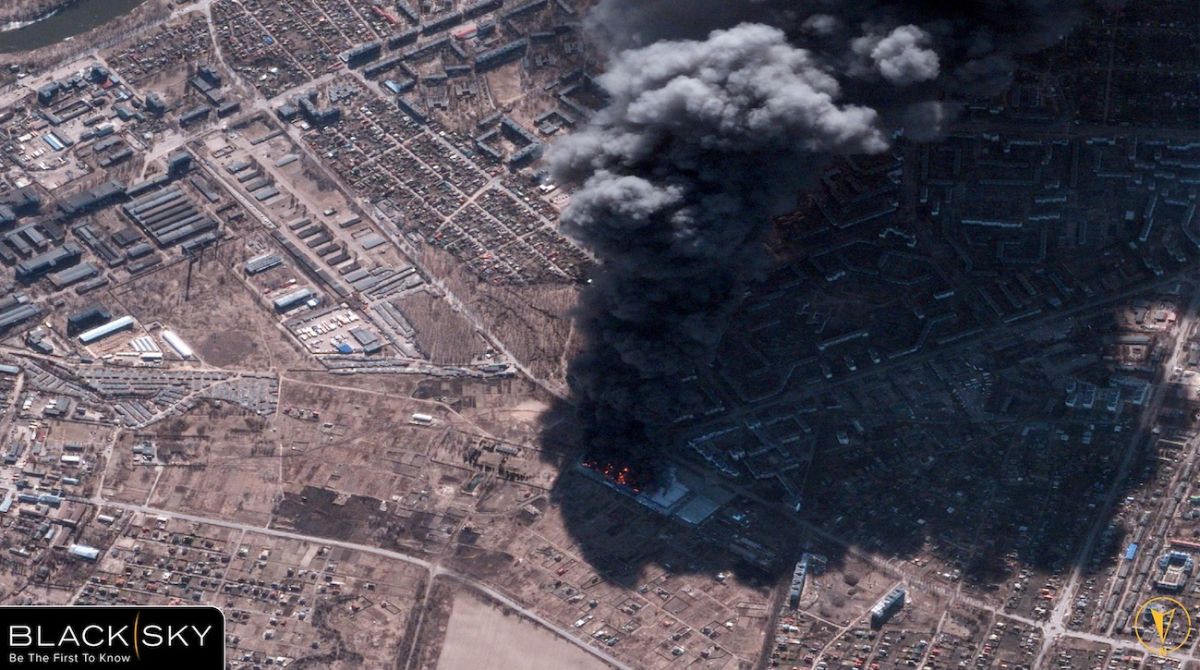 Private Earth-observation satellites are helping the world keep tabs on the Russian invasion of Ukraine.

Sharp-eyed spacecraft operated by Maxar Technologies and Planet have documented Russian troop movements and the damage done to strategic targets in Ukraine such as airbases. But the destruction and attacks have not been restricted to facilities with military significance, as photos from Virginia-based company BlackSky show.

Yesterday (Feb. 27), BlackSky posted on Twitter satellite imagery collected over Kharkiv, the second-largest city in Ukraine. The shot shows new craters from Russian shelling, which “skirt the edge of residential areas, causing damage to nearby service and retail shops,” BlackSky representatives wrote in the Twitter post.

And today (Feb. 28), the company posted on Twitter a satellite shot of an Epicentr K — a big home-improvement store similar to Home Depot or Lowe’s — ablaze in the Ukrainian city of Chernihiv.

The photo was taken today at 5:22 a.m. EST (1022 GMT; 12:22 local time in Chernihiv). It shows the Epicentr K ablaze, shrouded in plumes of smoke, after Russian shelling rocked the area, BlackSky representatives told Space.com via email. Scorched fields are also visible in the shot a few hundred meters east of the store, they noted.

The Russian invasion of Ukraine is first and foremost a humanitarian and geopolitical crisis, of course. But there could also be significant impacts to spaceflight and exploration down the road. Russia has already said it will halt launches of Russian-built Soyuz rockets from Europe’s Spaceport in Kourou, French Guiana, for example.

Additionally, Dmitry Rogozin, the head of Russia’s federal space agency, recently said that economic sanctions imposed on the nation as a result of the invasion could destroy the International Space Station partnership.