A new Remembrance and Reflection Yard has been founded on the SUNY Fredonia campus, the Eagle Scout venture of Life Scout Cooper Stenger, a member of Boy Scout Troop 267 in Fredonia, and a freshman at Fredonia Large University.

The task has been executed in collaboration with Director of Facilities Kevin Cloos, Director of Facilities Arranging Markus Kessler, Assistant Director of Services/Custodial Expert services Mark Delcamp, Vice President for Finance and Administration Michael Metzger and Head Grounds Supervisor Richard Newton, who delivered design and style abilities as properly as guidance on ideal bouquets and trees for planting. 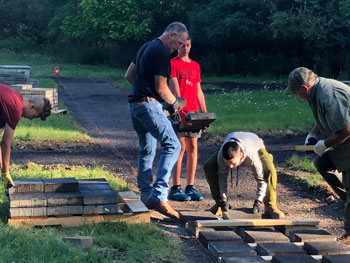 Mr. Stenger famous, “Whilst brainstorming suggestions for my Eagle Scout venture with my mother [Interim Vice President for Student Affairs Tracy Stenger], she described that there had been discuss of some type of Remembrance backyard garden at the college or university but it hardly ever went by. I genuinely liked the plan of the backyard garden, so I arrived at out to a group of Administrators and Administrators at the higher education who would be the notable individuals I would be operating with to get the venture performed.”

“This was a great partnership among the regional Boy Scout troop and SUNY Fredonia. The yard had been an plan proposed by Facilities Services yrs back. Thanks to Cooper’s management and Rich Newton’s style, the job became a actuality,” observed Vice President Metzger.

The garden was created as a spot for households and good friends to arrive and quietly try to remember students who have handed absent while attending SUNY Fredonia. It is at an conveniently accessible site off Ring Street, just previous the double tier parking good deal on the suitable across from the entrance to the Phillips Ulrich Community Path. 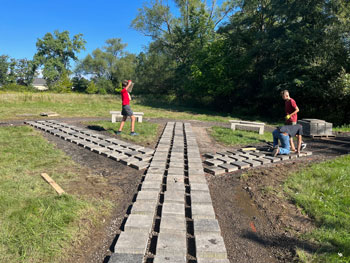 From the front entrance to the garden, the structure is very similar to a tree, with a powerful trunk and branches, and a backdrop of memorial trees. Seen from the top looking toward the entrance, the layout is of a peace symbol. The key paths were being laid out with sq. pavers set in the grass for uncomplicated servicing, and more compact paths slice with flagstones to wander on.

Open up places involving the paths have been filled with decorative shrubs and perennials, with a emphasis on pollinators and deer resistant plants. There are also benches for tranquil contemplation.

Stenger raised money for out-of-pocket costs for the undertaking, and pavers utilised were being repurposed from somewhere else on campus.