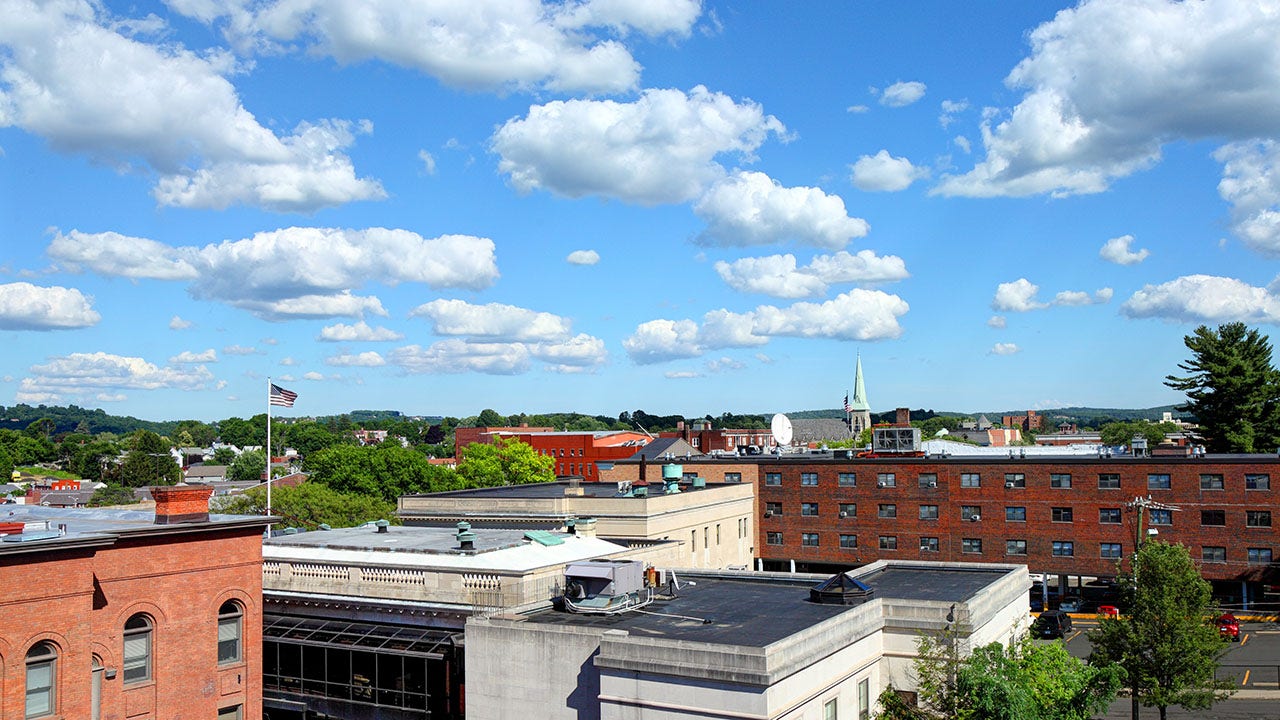 Here are your FOX Business Flash top headlines for April 15.

It’s a perk to live by the water.

Many may not be aware, but Danbury, Connecticut, was once known as “Hat City” due to it being the center of the hat industry in the 19th century. These days, the town is more known for its scenic views and proximity to New York City.

GET FOX BUSINESS ON THE GO BY CLICKING HERE

In 2015, Danbury was rated as the second-best city to live in the United States by USA Today. The city is the terminus for the MTA Metro-North Railroad line, which provides easy public transportation to neighboring areas and New York City.

The area also features plenty of historical sites from the Revolutionary War, along with a plethora of parks and hiking trails. Also, the sewer plant is named the John Oliver Memorial Sewer Plant and is named after the popular comedian.

INDIANAPOLIS, INDIANA, REAL ESTATE: WHAT YOU CAN GET FOR $1M

This waterfront house at 31 Cedar Dr sits on the shore of Candlewood Lake.

This waterfront property at 31 Cedar Drive has three bedrooms, two bathrooms and plenty of views. The backyard opens directly onto Candlewood Lake and features a dock and two patios.

The living room has multiple bay windows overlooking the lake and provides plenty of space for entertaining. The driveway uses a circular design, allowing easy access for multiple cars at one time.

The house at 34 Lost Mine Pl has four bedrooms and three bathrooms.

The four-bedroom, three-bathroom house at 34 Lost Mine Place sits on two acres of wooded land. Located at the end of a cul-de-sac, the area is quiet while still being located near town and major roadways.

The backyard features a large Gunite pool and spa, and is fully fenced in. Strategically placed shrubs add to the overall privacy of the yard.

Inside, the house has three fully finished levels of living space. The living room is two stories tall and boast large windows overlooking the backyard.