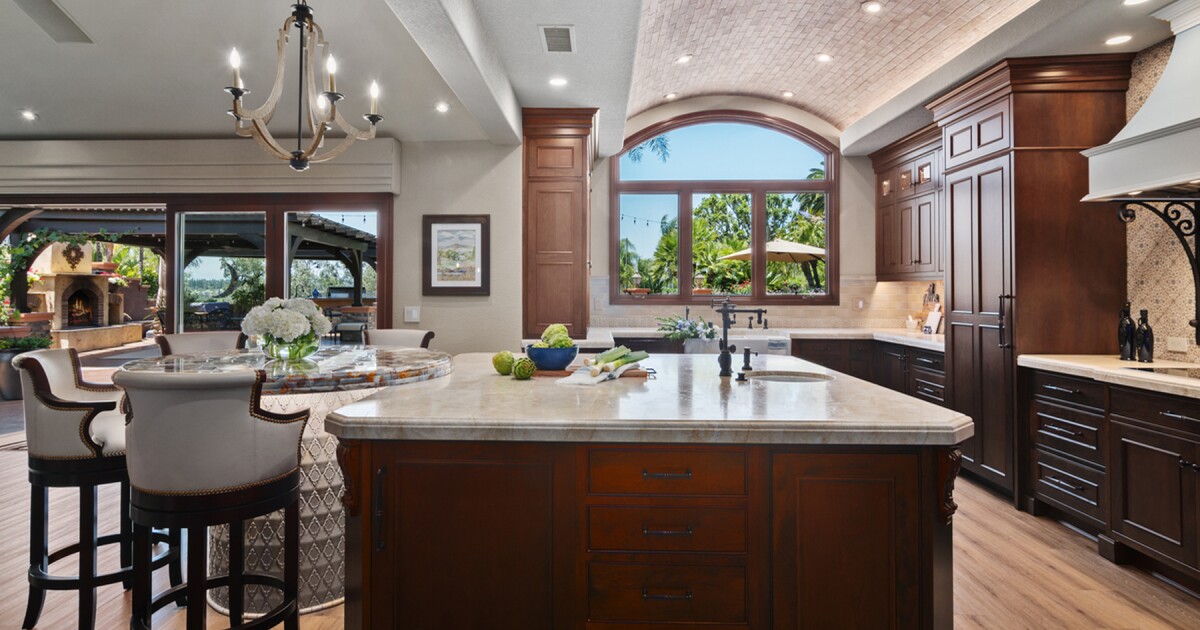 An extensively remodeled kitchen at a Poway home won a national design award in the “residential kitchens over $150,000” category.

Jackson Design and Remodeling recently won two Contractor of the Year (CoTY) awards presented by the National Association of the Remodeling Industry. The other award was for a whole house remodel in La Jolla.

“These prestigious honors reflect the talent, hard work and dedication of our team, said JDR President and CEO Todd Jackson. “Each of the winning projects is a distinctly different style and each demonstrates the meticulous attention our design and architecture team gives to creating memorable, beautiful homes.”

Tatiana Machado-Rosas is the company’s design department head and senior interior designer who worked with Steve and Barbara Velazquez. The couple said the extensive remodeling project at their Acacia Terrace home with an Old World feel in Poway’s The Palisades neighborhood took nearly a year.

The project was based on a classic Tuscan design. It included adding 75 square feet on one side of the kitchen, relocating its large island and adding a seating area to it, changing the room’s flow and other modifications to give the appearance of doubling the kitchen’s size even though in reality it grew by about 30 percent. A round seating area was added to the island.

To improve its ceiling height proportion with an adjacent room the kitchen’s ceiling was raised and given a new barrel ceiling peak at 11 feet. Other features included tall cherry cabinets, wrought iron corbels on the cooktop hood and natural stone elements to give the kitchen an elegant, Old World feel.