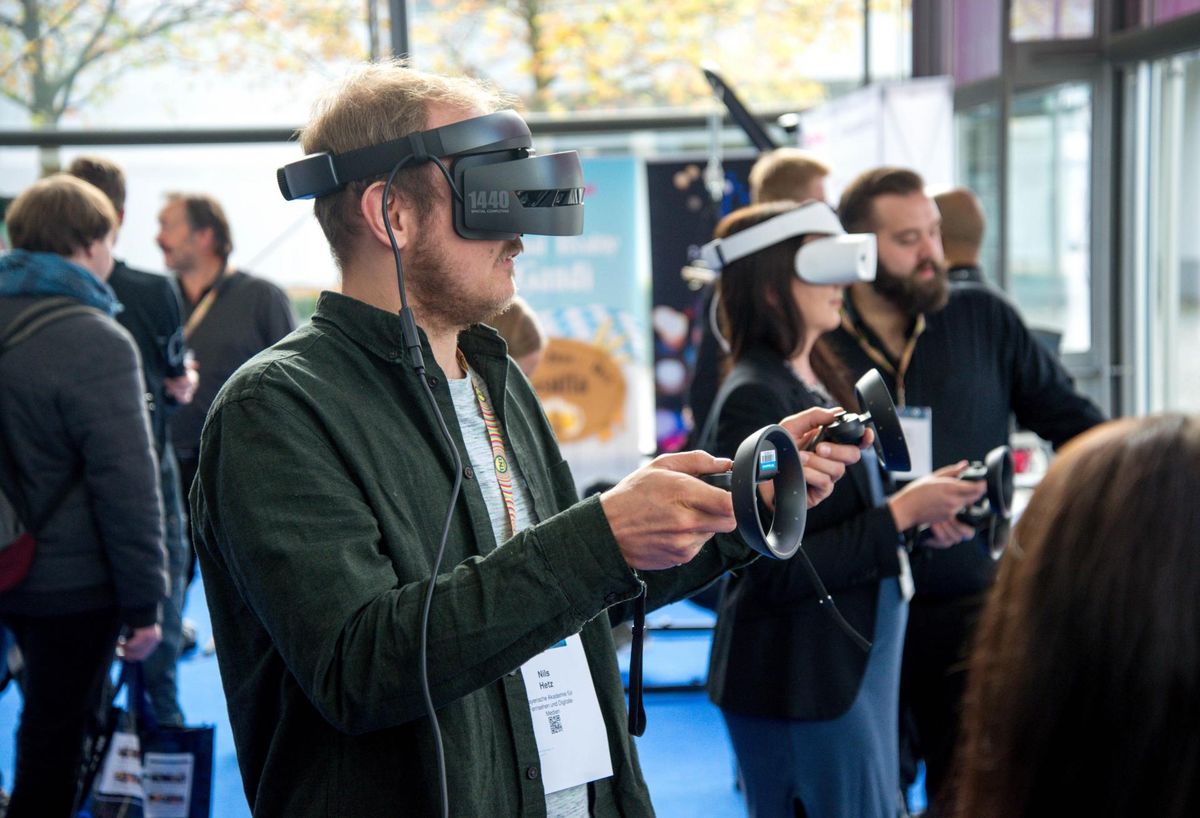 The hype around investment in the metaverse — the evolving and still somewhat nebulous collection of virtual online spaces proponents say is the future of gaming, shopping and human interaction — has created a boom in virtual land sales on different platforms.

Despite calling the parcels real estate and using real estate nomenclature to describe metaverse “land,” the connection between developing buildings and developing metaverse spaces is loose at best. Some metaverse pioneers have dismissed traditional commercial real estate firms’ interest and investment as misguided and misinformed.

But new efforts by two large players in CRE suggest new approaches to the evolving online platforms may be taking shape, as a marketing medium and a portal for additional client services.

Jamestown, an Atlanta-based developer focused on adaptive reuse and retail, already created a metaverse version of its One Times Square property, the 26-story former headquarters of The New York Times, where 20,000 people attended a virtual New Year’s Eve celebration in December. It plans to create more metaverse versions of some of its signature projects, including Ponce City Market in Atlanta and Chelsea Market on Manhattan’s West Side (which it sold to Google for $2.4B in 2018).

“In my mind, [the metaverse is] an evolution of how we engage,” Jamestown principal and President Michael Phillips told Bisnow.

It’s sensible for the design-focused firm, which deals in what Phillips calls engaging and experiential property, to find a way to engage, message and market on this new platform, he said. He expects the metaverse versions of Ponce City and Chelsea markets to launch later this year.

One Times Square, a Jamestown property, held a New Year’s Eve party in the metaverse that attracted more than 20,000 people.

The largest commercial real estate company is playing, too. CBRE is piloting a program to test out metaverse collaboration tools for onboarding, training and hybrid work, said CBRE Chief Digital and Technology Officer Sandeep Dave, who is overseeing the program.

Dave said he “fully embraces” the idea of the metaverse as another potential client service, he said, but buying and selling virtual land “isn’t predominantly our focus right now.”

Kunal Lunawat, co-founder and managing partner at Agya Ventures, a real estate tech fund, believes that within the next three to six months, a notable number of real estate firms will announce big metaverse projects.

“I don’t think it’ll be weird in five years for retail and luxury condo developers to have chief metaverse officers,” he said.

Many metaverse proponents say traditional real estate operators lack the understanding and skill set to properly develop and build in the metaverse. And some of the hype may already be dying down: While the number of metaverse land buyers has steadily increased since the start of 2022, per a research report on metaverse economics from leading metaverse developer and investor Everyrealm, land sales have broadly been decreasing in price.

“I’ve never been much of a big guy in believing this was like real-world real estate,” said Andrew Kiguel, the CEO of virtual real estate firm Metaverse Group and co-founder and CEO of Tokens.com, one of the larger property owners in Decentraland. “When you’re bringing in real-world real estate guys into the metaverse, it’s a gimmick. I think all of these guys are trying to find new revenue sources and ways of doing things.”

CBRE’s virtual office in the metaverse is being tested for use in onboarding and hybrid meetings.

But the strategy being employed by Jamestown may demonstrate one model of how CRE executives are thinking about this particular landscape and opportunity.

While detailed case studies for these kinds of investments don’t yet exist, Bisnow’s own metaverse survey of nearly 400 CRE professionals found that, despite fears about valuation, fraud and due diligence, 21% of respondents are thinking seriously about investing, 6.5% already have, and about 45% of respondents have used or might use the metaverse for personal use, such as wandering around virtual shopping centers or checking out virtual hotels.

CBRE recently opened a tech research center in Richardson, Texas, where certain teams are testing out office communications technology for the metaverse. The environment, currently used internally for training and onboarding, is built to resemble a typical CBRE office, with the North Texas landscape visible out the window. Dave believes that onboarding, training and other uses will become more and more valuable to tenants as technology improves and demand grows.

Jamestown has a digital asset investment strategy and fund, which invests in the infrastructure and companies creating the metaverse, including digital design firms such as GrowYourBase that build out 3D buildings online. That investment is used to benefit existing real estate holdings; Phillips compared it to investing in proptech, as well as more traditional branding and messaging.

Websites and brand identities for buildings aren’t new, and it is clear communities can coalesce around apps and social media, as well as services like Hello Alfred, the app-based personal assistant for renters. The metaverse is an extension and portal for people to engage with a building in a remote way, Phillips said, and drive awareness and knowledge of the physical building.

“I think this is going to be ubiquitous in the culture of real estate in 10 years,” Phillips said. “It’s not a question of, ‘What value do I see?’ It’s, ‘How can I not see the value here?’ It’s like saying I don’t need an iPhone, I have a flip phone.”

Decentraland also recently held a metaverse fashion week that attracted 108,000 visitors, according to Kiguel. Tokens.com built a store for Forever 21 that, at its peak during the show, attracted 800 people, who stayed an average of 27 minutes looking at fashion for themselves and their avatars. Various brands, including Dolce & Gabbana, participated, and they even asked not to be positioned near certain other brands they didn’t want to be associated with, similar to the way retail clients seek to position themselves in malls.

“This is a viable way to interact with your target audience in a way that’s more immersive than a website,” Kiguel said. “We made it fun, and if you can find a way to engage a consumer, it’s a way to build brand loyalty.”

One of the stages at Jamestown’s metaverse New Year’s Eve party at One Times Square.

Many metaverse experts have said the idea that real-world and metaverse real estate are similar assets requiring similar skill sets is a gross misunderstanding of what the metaverse represents. Everyrealm CEO Janine Yorio said that merely rebuilding digital twins of buildings in the real world won’t create the excitement and pull necessary to bring users back again and again.

“It’s not that they can’t figure it out,” she said. “Real estate firms are very well capitalized. But they have to start from zero. There’s nothing they have today that makes them particularly suited to build in the metaverse.”

Kiguel said CBRE’s idea of focusing on office work is getting ahead of the technology, and basically complicating something that can be done via Zoom.

“People hear the word metaverse and think they have a brilliant idea and can take it to the metaverse,” he said. “I don’t think the technology is smooth enough to do work in an office.”

CBRE’s Dave has found that the technology is much more seamless and effective than it was just years ago, and expects the pace of change to accelerate. With hybrid work policies and practices remaining undefined, he said it’s important to “stay close to any and all technology” as office tenants figure out their way back to the workspace.

Phillips also remains undeterred. Even though many in real estate are hesitant about investing in the metaverse, he sees it as a growing part of reaching customers in the future.

“People have marketing messages suggesting they’re doing it, but there’s not a lot of evidence, because there’s more skepticism than there truly is understanding of what it is,” Phillips said.