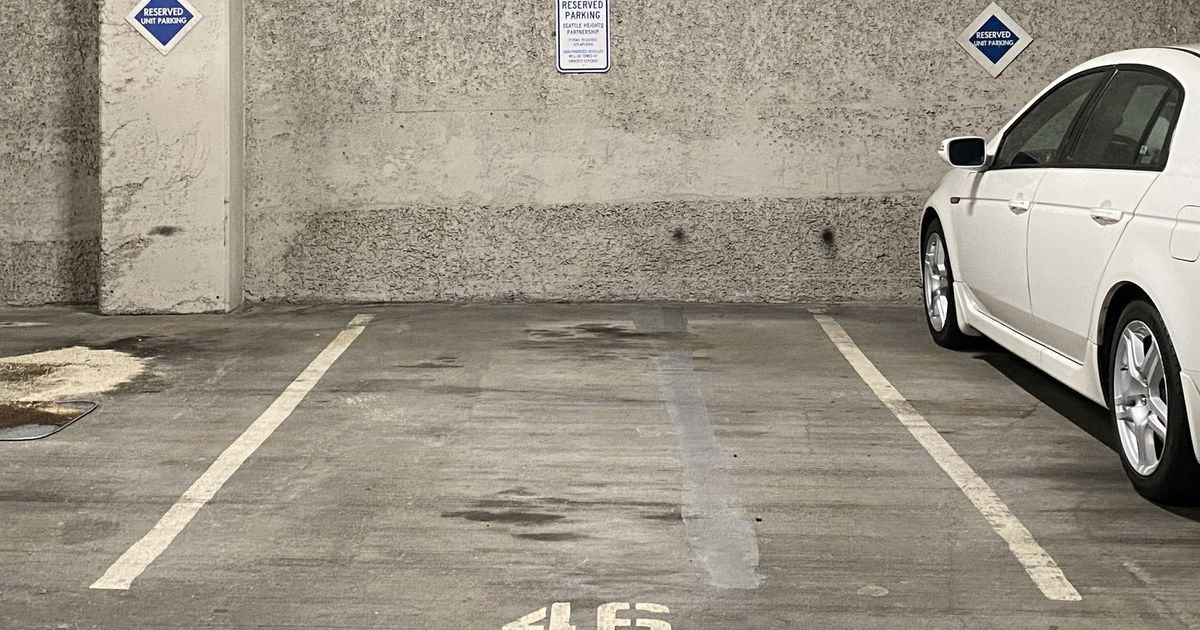 The latest hot piece of real estate in Seattle is — that’s right — a parking spot.

A 130-square-foot parking spot under a Belltown condominium building sold Wednesday for a cool $56,000.

Real estate agent Jimmy Chuang said the stall’s former owner bought the spot in the garage of the Seattle Heights condo building because he lived nearby and needed a parking spot for an additional vehicle.

When he moved, he rented the spot for around $225 a month until he decided to sell.

The spot — just blocks away from Pike Place Market and in a neighborhood where there is little street parking available — is particularly desirable since it is in a secured parking facility with 24/7 access, Chuang said.

A listing was posted in mid-May, and one of the photos showed a DeLorean parked next to the vacant spot.

The asking price: $53,500. The sales pitch: “Imagine never having to look for a parking space again!”

Chuang said he received about three to four calls a day since the parking spot was posted online. Ultimately two offers were made, Chuang said Friday afternoon.

In a county where the median home price just hit $1 million, some may see the sale as the logical product of a competitive housing market, others as yet another sign of worsening affordability in the city.

In recent months, home sellers in the region have seen all-cash offers above asking price. This parking spot was no exception.

This is the second time Chuang has sold a parking spot in Seattle. Earlier this year, a parking spot in the garage at The Marq Condominium in Seattle’s Capitol Hill neighborhood sold for $38,000. The asking price was $50,000. At the time, people called, asking if the listing was real.

Chuang said he did not intend to become a real estate agent for parking spots.

“I welcome the opportunity. It wasn’t a niche I purposely tried to target but after these two transactions and a couple of inquiries, I know a lot more,” he said.

Seattle Heights, on Second Avenue, represents a rare instance in which parking availability outnumbers tenant parking demand, according to Chuang. Parking spot sales are very rare and are often bundled with condo sales.

“I think this will show buyers that it is important to purchase a property with a parking spot because it will hold its value better,” he said.

The condominium building has listed 17 additional parking spots for $60,000 each. Property taxes for the recently sold spot will total $253 annually, according to the county.

While the sale price might seem alarming, parking spots in other U.S. cities have sold for even more.

The Seattle Post-Intelligencer reported in 2020 that a parking spot in San Francisco sold for $100,000. In that same year, the average parking spot in New York City was around $280,000, according to The New York Times.