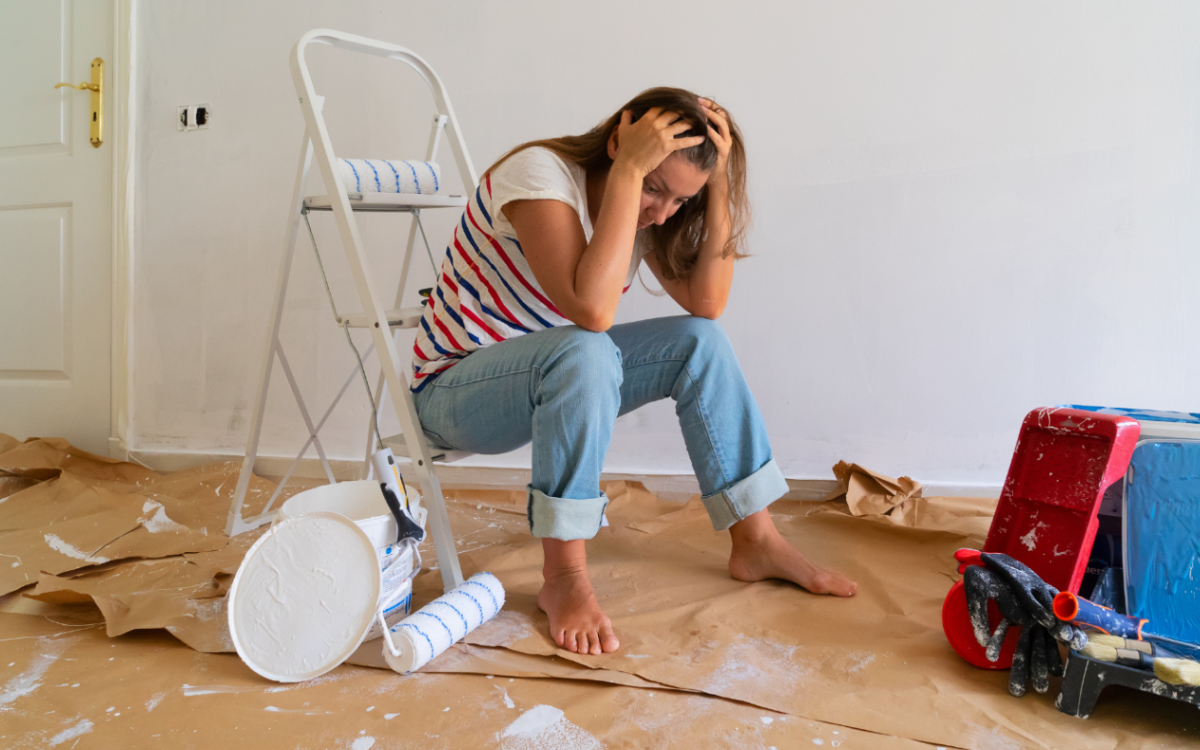 A woman has been made to regret letting family decorate her new house after they began painting one room the wrong color.

Worse still, many online think there’s little she can do to fix the problem now without spending more money than originally planned.

Home renovations can be expensive, prompting many property owners to try and save on costs by taking on the responsibility themselves.

However, as Florida-based interior designer Linda Coin can attest, that approach comes with risks and doesn’t always go to plan, sometimes leaving the homeowner back where they started.

Coin told Elle Decor: “I have heard from clients upon meeting them that this time they ‘just want to get it right’ after spending much time and resources attempting to create the environment they are looking for on their own.”

That’s the situation facing one proud new homeowner who took to London-based internet forum Mumsnet to detail the fallout after several family members who “do decorating as a job” volunteered to paint the interior of the house.

For the most part, they did a good job but problems arose when it came to one room that the woman had said she wanted painted gray. The problem was that she had not “specified” exactly what shade.

“They usually video call me when they are in the shops purchasing the stuff so I can choose what colors I want,” she explained writing in a Mumsnet post shared under the handle NetflixMom21.

However, when she spoke to her relatives, she discovered they had “started decorating” this particular room and had already got the paint before checking with her.

“So I ask to see the paint because I didn’t want it too light,” she explained. “They sent me a photo of the paint and it’s completely the wrong shade—it looks more white than gray and the reviews on the website state it’s a really light color too.”

When she explained the color was “wrong” and that they would have to return it, they became “annoyed” and criticized her for being too “picky.”

Despite this, she was adamant it was her house and they “shouldn’t have just chosen” a paint without consulting her first.

She insisted that they go back and change the paint for the shade she wanted and fix the problem. However, many on social media questioned her actions.

ShirleyPhallus said that although the choice was ultimately the woman’s, she called on her to remember “it’s a favor, there has been a mistake or miscommunication along the way, just do what you can to nicely rectify it.”

Fishfingerflinger struck a similar note, writing: “I think if you’re getting a favor from family, you have to keep the peace in a way I wouldn’t with a paid contractor.”

Others felt the fact it was family members doing her a favor was completely irrelevant. Incompletesenten said: “Yes, they are doing you a huge favor. That doesn’t mean they paint whatever color they feel like and you have no say.”

Iamabluebird came up with a good compromise, suggesting the woman “just say thank you and change the shade of gray later.”

An angry MummyGummy laid the blame squarely at the feet of the woman, explaining: “They are doing you a huge favor by painting your whole house for FREE and you haven’t bothered to organize the paint/colors in advance.”

MintyCedricRidesAgain, however, felt it was a mistake that could have happened to anyone, writing: “If her dad had been doing it, he’d have picked up the first tin of paint with ‘grey’ on it without a second thought.”