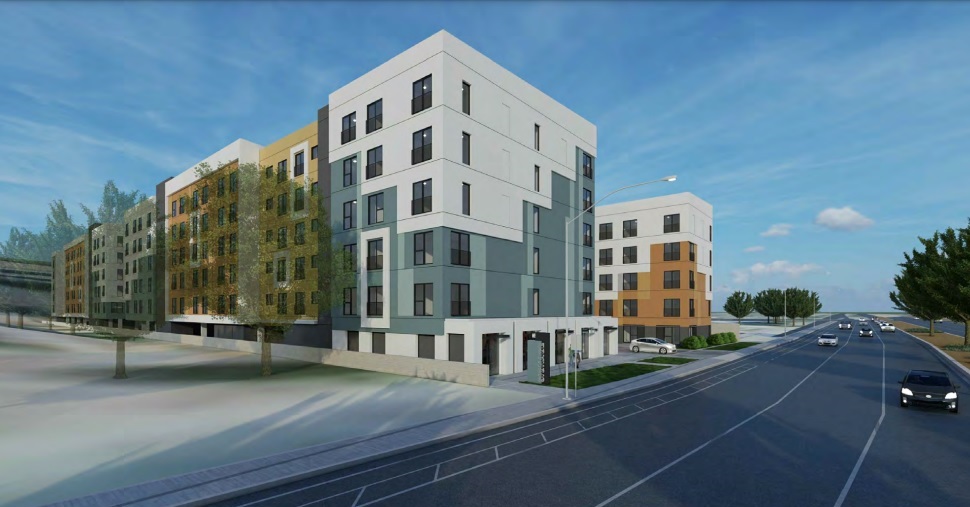 SAN JOSE — A big complex of hundreds of affordable homes in San Jose has taken a significant step forward with a purchase of a site where the project would sprout near a Caltrain stop.

The project, located at 4310 Monterey Road in San Jose, would consist of 426 affordable apartment units, according to documents on file with city planners.

An affiliate of AMG & Associates, a developer of affordable housing, paid $5 million for the development site, according to documents filed on March 14 with the Santa Clara County Recorder’s Office.

“AMG & Associates is a land development company that specializes in the development of affordable and market-rate housing,” according to a post on the company’s website.

The project is slated to sprout on a 2.3-acre site on the east side of Monterey Road just north of Skyway Drive.

In addition to the housing, the development would include about 1,100 square feet of retail space, the project plans show.

The development is slated to consist of four buildings with some interior roadways. Each building is expected to be five stories high, the proposal shows.

The project also is expected to include about 34,000 square feet of common open space, which is roughly three-fourths of an acre.

The property at present is a vacant lot, according to city documents. The time frame for the development of the project wasn’t immediately known.

The Caltrain Capitol station is located a few blocks away from the project site, which is also near a city fire station.

Neighborhood merchants include an Asian supermarket, retail shops, some restaurants and several auto repair businesses. A number of apartments and single-family homes are also in the vicinity.

The project was approved through an expedited process authorized under SB 35, a state law that was crafted to smooth the path for the development of affordable housing projects.

“The proposed project is a 100% affordable housing project for households earning below 80% of the area median income,” the San Jose planning documents stated. The median family income in Santa Clara County was $151,300 in 2021, the U.S. Housing and Urban Development Department reported.