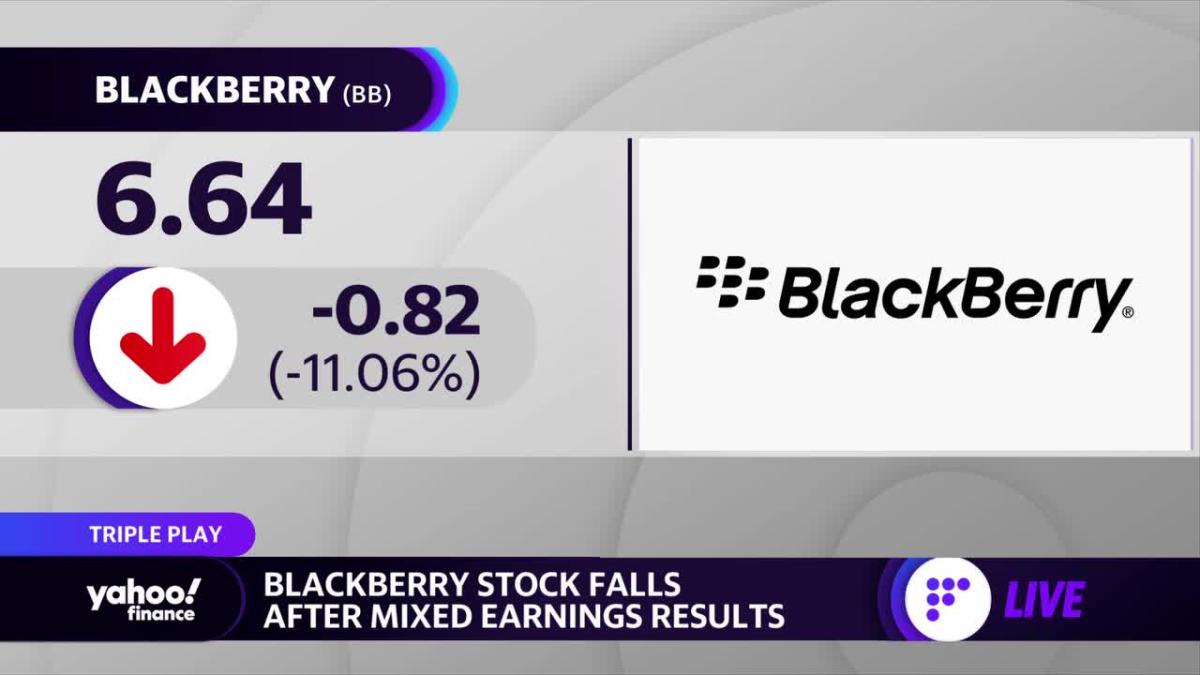 BRAD SMITH: Welcome back, everyone, to Yahoo Finance. It is time for the triple play today. Dave, Rachelle, and I have three tickers that we’ve been tracking throughout the day’s session. And I’m going to kick things off here on the day because it’s an interesting one that I’ve been tracking. Shares of Goldman Sachs here, and it’s on news that they’re going to allow for these $10,000 home improvement loans. And if this sounds interesting, it’s because it is, and the timing also should strike you as important, too. This is a time where we know in a rising rate environment that banks are already going to be some of the beneficiaries there. And so now, with the $10,000 home improvement loans that they’re also going to be taking further into and leaning further into that consumer lending market, this is all the more important because in a rising rate environment, banks, of course, naturally are going to be some of the beneficiaries. But they’ve been cozying up to consumers even more so. You’ll remember that they launched Marcus and then additionally, like all lenders, Goldman should get a boost if the Federal Reserve pushes short-term rates further higher and long-term rates to follow further in the future. And so with all of that in mind, I think it also comes at this time where we’ve seen some of the financial institutions buying up real estate as well. And so it begs the question of what the housing market may look like if you have more people that are tapping into loans to do home improvement projects, while at the same time some of the banks are instituting their own efforts to gobble up real estate wherever possible. RACHELLE AKUFFO: And as you mentioned Marcus, because a lot of people are wondering, why are they taking this route? But you are seeing some of these smaller banking options for people. They’re really literally now bringing it home with these home improvement loans. I think this is a fascinating development. I’d be curious to see how popular it ends up becoming. Obviously, when you have a big institutional bank like that now moving into something so much smaller, I’ll be curious to see how many people actually end up taking them up on it. And speaking of some of these old school brands, I’m going with BB, ticker symbol for BlackBerry. Now, their Q4 earnings were better than expected, but they had a miss on their quarterly total revenues, falling 11.9% year on year to $185 million. Now, that sent the stock down even further than it was in pre-market hours. Right now, it’s down– it was down about over 11% there. And so as we’re seeing, it’s also down nearly 30% year to date as well. Now, the company did make that shift from making mobile phones to focus on things like cybersecurity, as well as its internet of things business. Now, IoT sales, they were actually up over $50 million, according to CEO John Chen. But he did add that challenges for production remain due to ongoing supply chain pressures, as well as additional disruptions from the Russia-Ukraine conflict. So still a little bit of precarious territory there for the old school phone maker-turned IoT developer. DAVE BRIGGS: You just picked it because you still have one, don’t you? RACHELLE AKUFFO: I still miss the buttons. I did used to have one. But now I’m ruined now with this– all this smoothness. So I’m ruined now. DAVE BRIGGS: Yeah, that’s unfortunate. I knew you were very nostalgic for it. Mine is a stock I talk about maybe too much, Activision Blizzard. It is ATVI, talking about it today for good reason. Well, the gaming stock trading 15% below Microsoft’s offer of 95 bucks per share. And now there’s news that the DOJ and SEC are investigating an Activision options trade by media moguls David Geffen and Barry Diller, just days before the acquisition by Microsoft was announced. Also, some US senators want the FTC to review the deal. There is a lot of smoke going around Activision Blizzard. As for the stock, ATVI, it is up slightly on the day, less than 1%, about 0.67. But year to date, can’t complain, up nearly 20%. BRAD SMITH: Yeah, we had seen this really come forward during, I believe, late February in terms of some of the allegations that may have prompted some of the initial investigations just around the wrongdoing that at least one shareholder alleged and put out there. And so we’ll see what the SEC and what this probe ultimately yields as well, and if there are any penalties that are also going to be put forward as well.