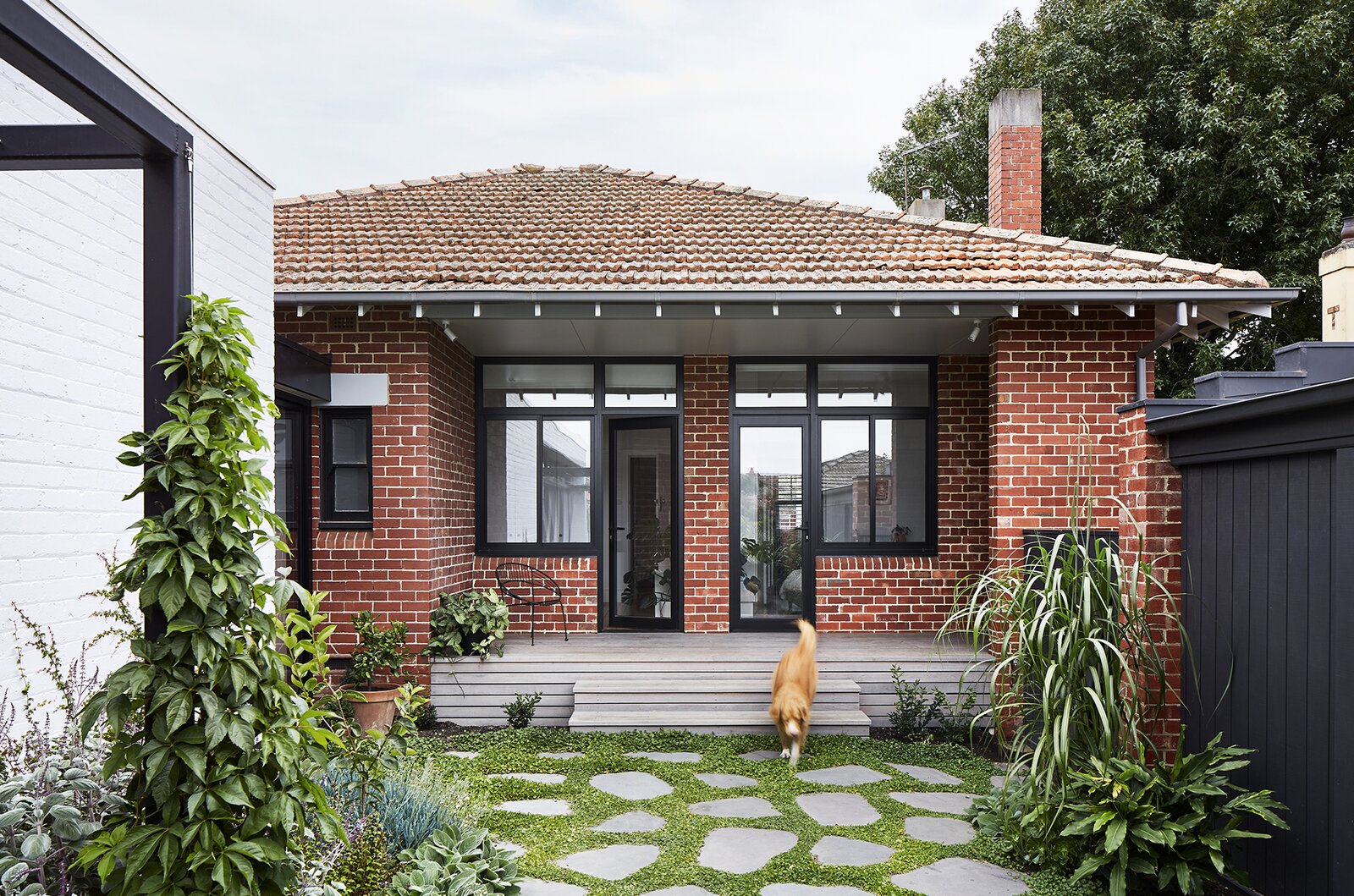 The old saying that “two halves make a whole” is a fitting motto for one of Maike Design’s latest projects. The interior design practice recently helped a family of four in Malvern East, a suburb of Melbourne, renovate and reimagine their California-style bungalow while introducing a new extension. “Rather than try to integrate the new and the old, we decided to create a design with two distinct parts,” says Maike Design founder Mairead Murphy.

“Overall, it was a clean and neat little house, but it needed repairs and it didn’t functionally meet any of the client’s requirements,” says Murphy, who worked with Bancroft and Malone Architects on the project.

The client’s needs ranged from additional living space and improved storage to a more streamlined floor plan with better daylighting, as the home’s dark, inward-facing layout obstructed views to the generous backyard. Connecting the existing house to the garden became the key design goal.

First, they reworked the existing house to create quiet spaces that cater to what Murphy calls the “inward-facing parts of life”—like the bedrooms and the bathrooms. The renovation also opened the back of the house, linking the interior with its environs.

Second, the project added a new extension at a 90-degree angle to capture the northern light. Both halves intersect in a glass vestibule-turned-walkway with garden views on either side. “For a space that technically doesn’t do anything, it has such a huge impact on the design, and how the old and new sit together,” says Murphy.

One of the home’s most impressive features is the 30-foot-long glazed wall which spans the length of the new addition. Whereas before the home faced inward, now walls of glass invite the outdoors in.

“The client wrote me a note that said, ‘There are little features that make each one of us happy when we experience them on a daily basis,’” says Murphy. “This makes me so pleased, as I think a design that allows for small rituals and moments of delight is what really make a home.”