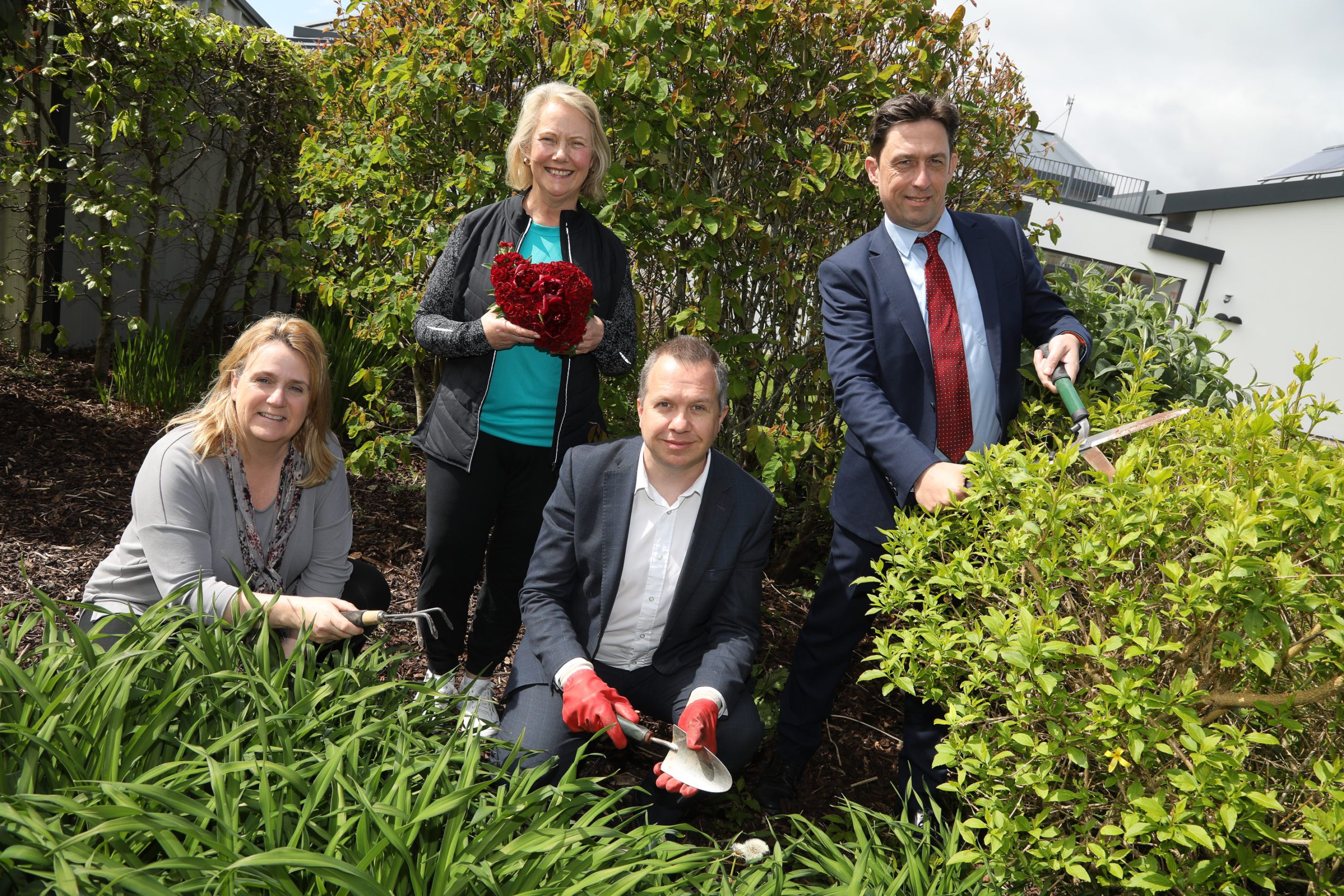 Galway-based garden designer Professor Derek O’Keeffe has won a silver medal for the Croí show garden at the Bord Bia Bloom festival in Dublin which kicked off this morning.

The show garden, sponsored by local heart and stroke charity Croí, raises awareness of cardiovascular health and the role gardens, plants and technology can have in protecting the heart.

Prof O’Keeffe, who is a consultant physician at UHG and professor at NUIG as well as an avid gardener, believes gardens are ideal for communicating the importance of heart health.

Plants are used in many life-saving cardiovascular medicines, including Digitalis, which is a key ingredient in Digoxin, a treatment for cardiac arrythmias and heart failure.

While the garden deals with a serious subject, it is also designed to be whimsical, engaging and interactive, featuring pollinating drones and a health-focused interactive robot.

The overall large show garden award was presented to Andrew Christopher Dunne for Hit Pause, The Caragh Nurseries Garden and the best in category medium show garden was awarded to Alan Rudden for the Savills Urban Oasis Garden.

Bord Bia Bloom continues in the Phoenix Park until Monday 6 June and the festival is set to attract over 100,000 visitors this year.