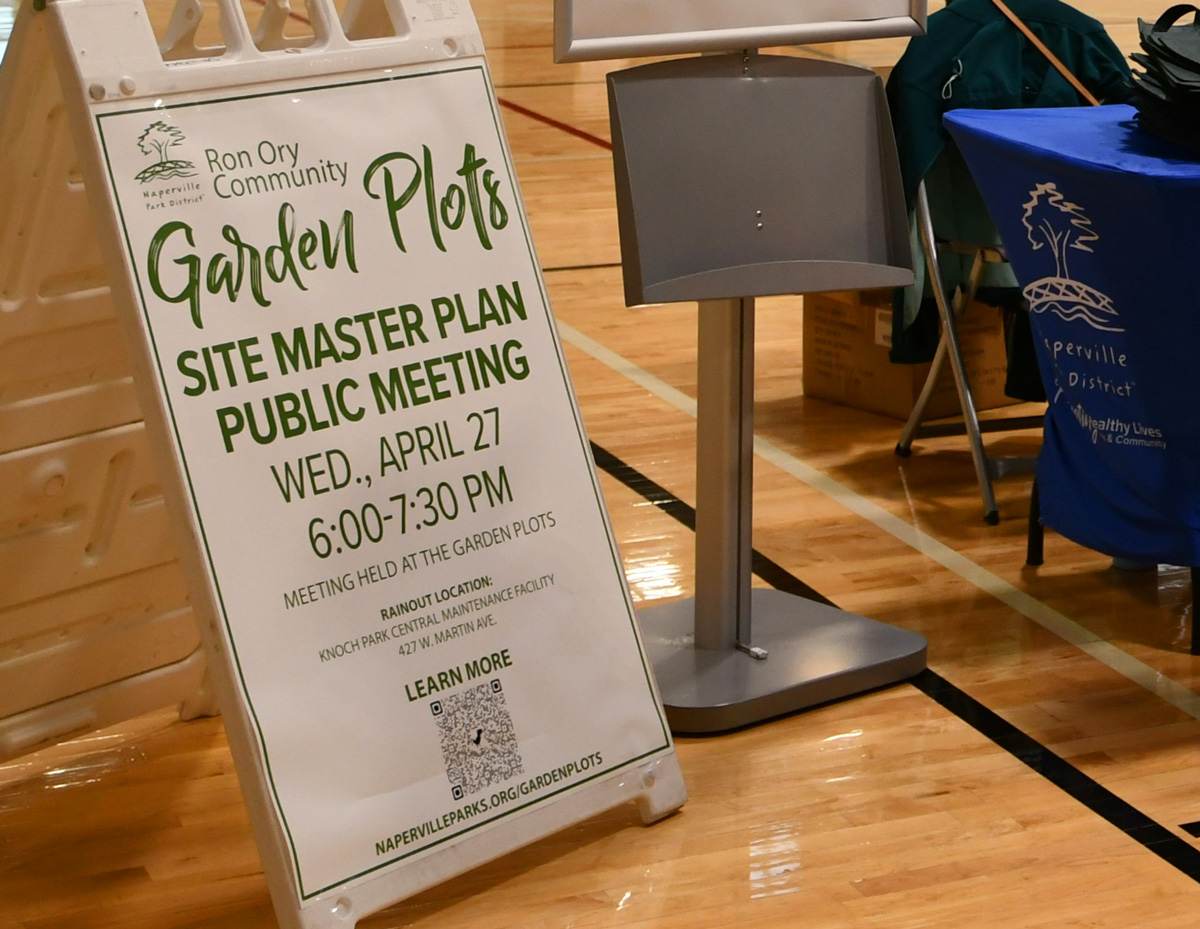 A rainy Sunday afternoon on April 24 provided a perfect time for an indoor Earth Day Fair at the Fort Hill Activity Center. A steady stream of visitors was treated to exhibits, presentations, giveaways and advice.

Upon entry, folks were informed about the upcoming Garden Plots Site Master Plan Meeting planned from 6PM to 7:30PM Wed., April 27, at the Ron Ory Community Garden Plots along West Street. (For details, see “Public Welcome to Discuss Ideas for Garden Plots” after the photo of “Doggone good neighbors” near the bottom of this post.)

But first…’repair, restore, refurbish’ and reminisce about recycling

“Primarily we buy, trade, upgrade, and repair Apple products, following a certification list and test that items must pass before resale,” noted Thayer Johnson, managing director of Naperville Experimax. “We like to think of ourselves as ‘Mac experts’ who repair everything Apple and much more.”

In fact, to be good stewards beyond Earth Day, Johnson suggests that every day is an opportunity to repair and restore faulty electronic devices first before replacing or recycling. Restore to reuse. Recycle if necessary, but recycle used items as a last resort, he said.

Anyone who missed seeing the Experimax exhibit at the Earth Day Fair will find the business open six days a week at 1523 N. Aurora Road or by calling (630) 857-9984.

Former Naperville Park District Commissioner and longtime gardening enthusiast Ron Ory was on hand to provide information about the Idea Gardens at the Garden Plots as he encouraged folks to attend the Garden Plots Site Master Plan Meeting on April 27. Ory also was stationed near several buckets of oak saplings ready to plant and “free” for the community “to take several.”

Since 1970, Earth Day has been recognized annually on April 22. Ever since, the day, sometimes celebrated for a week, has played a role in raising awareness about combatting pollution and protecting the environment throughout the world. The theme for the 2022 Earth Week Naperville is “Invest in our Planet.”

Many longtime residents remember the time before plastic pop and water bottles were introduced in 1970, growing up placing deposits on glass bottles and returning them to be refilled and sold again.

The history of a tree-planting day, now called Arbor Day, dates back to 1872 in Nebraska. That spring day set aside annually to plant trees provided lessons for schoolchildren, including stories about Johnny Appleseed, an American pioneer nurseryman in the 19th century who introduced apple trees throughout the Midwest, including Illinois. Simply put, trees help clean the air, conserve energy, protect rivers and streams, and provide a natural habitat for wildlife. Youngsters learned to appreciate all the benefits of trees in their yards, along parkways, in local parks and throughout the community.

More and more, throughout the 1800s, conservationists became known for advocating the protection of natural resources, seeking the proper use of nature.

Help keep Naperville beautiful! Respect local parks and forest preserves. And remember, for more than 30 years, Naperville has been a Tree City! 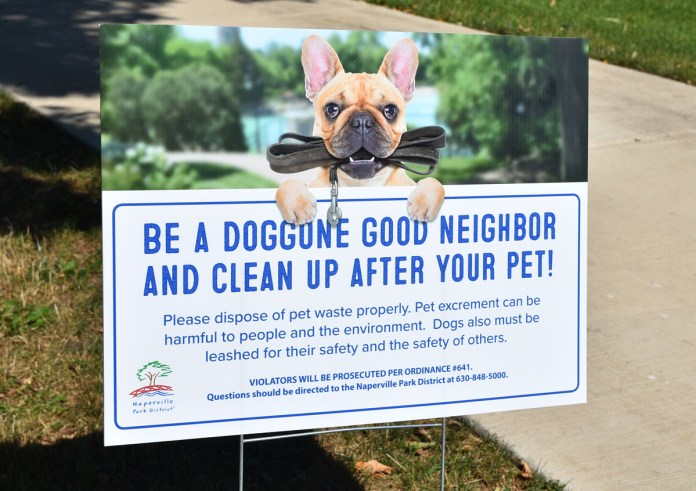 Naperville Park District invites the community to a public meeting at 6PM on Wed., April 27, at the Ron Ory Community Garden Plots, 811 S. West Street, to discuss ideas for improving the Garden Plots. In the event of inclement weather, the meeting will be held at the Knoch Park Central Maintenance Facility at 427 W. Martin Avenue. (It’s the new building that took the place of what used to be known as “The Barn.”)

The Ron Ory Community Garden Plots provide approximately 500 plots for gardeners in the community to grow their own vegetables and flowers. Over the years, other features have been added to the site, including the Idea Gardens, a tree nursery, honey bee hives and more. In 2022, as new ideas are being proposed for further development of the Garden Plots, the Park District believes that it is important to take time to reach out to the gardeners and the community for feedback about the site as it is now and what improvements may be helpful in the future considering the space available onsite.

With the assistance of Upland Design, Ltd., the Park District plans to create a Site Master Plan for the Ron Ory Community Garden Plots. The plan will be based on a site analysis and community input provided through interactive meetings with stakeholders and with the public and through an online survey that will be conducted later this spring. The design team will prepare concepts based on the input gathered.

Follow-up meeting set for 6PM May 18

For more information about the Garden Plots visit www.napervilleparks.org/gardenplots.

Editor’s Note / In addition to cost estimates and a proposed budget, long-term care and maintenance costs in support of changes and any new attractions at the garden plots are considerations to evaluate during the planning process, too.