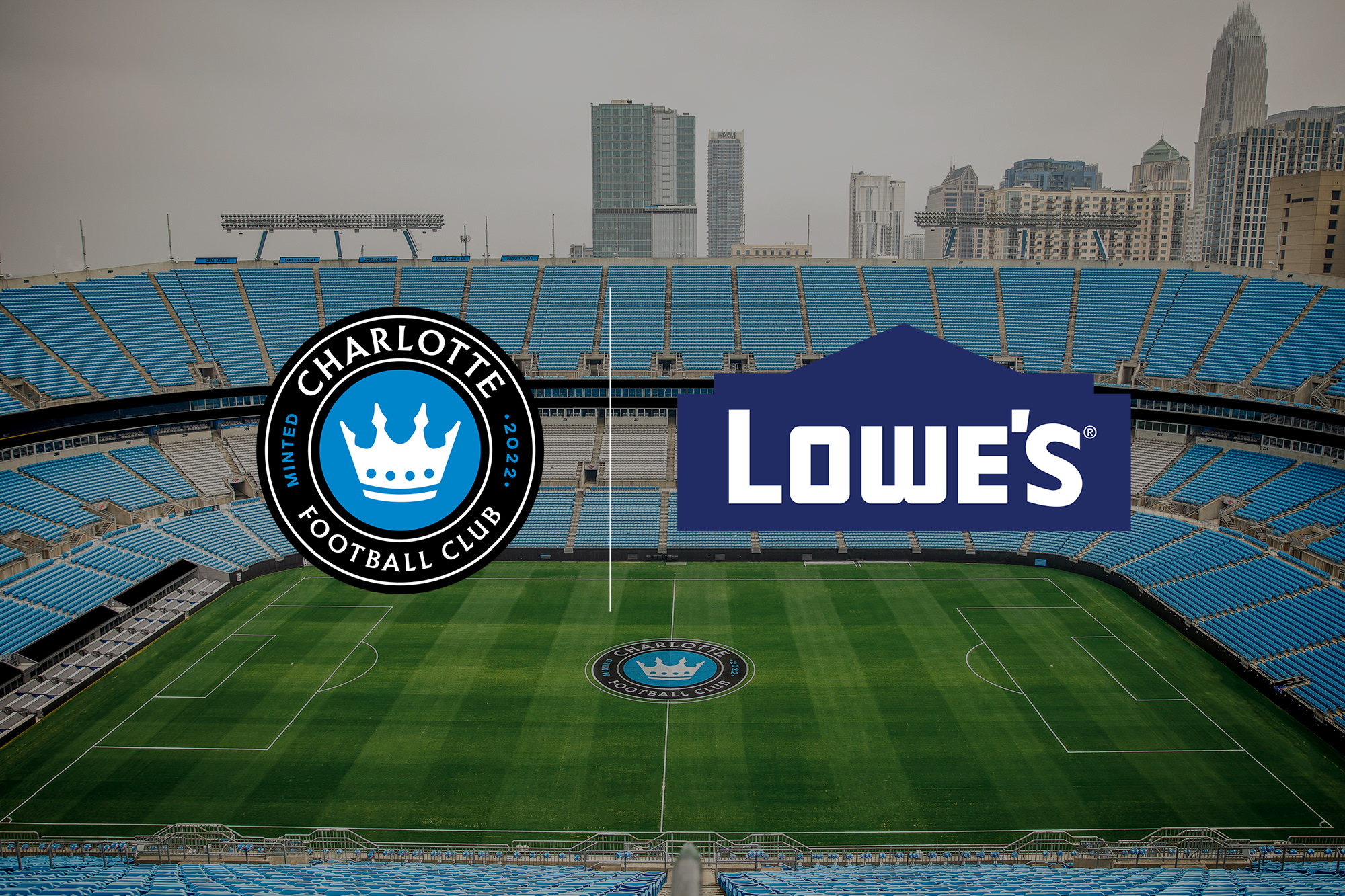 The deal with the global home improvement retailer will help further engage fans in celebrating their own MLS club through the production and display of matchday choreography; CLTFC inaugural tifo will debut at the first-ever MLS match at Bank of America Stadium on March 5

The partnership includes key events such as supporting the conception and construction of tifos, which are colorful, vibrant artwork created by supporters for choreographed visual displays at the stadium. At the end of the season, fans will have the opportunity to vote for the best tifo of CLTFC’s inaugural campaign through the Fan Favorite platform.

Additionally, the agreement includes dedicated community engagements including volunteer opportunities for fans, player appearances, and signage outside of the Lowe’s Gate at Bank of America Stadium.

“We’re proud to have Lowe’s join as an Official Charlotte FC Partner in the home improvement retail category,” said Chief Fan Officer Shawn McIntosh. “This partnership represents an extraordinary opportunity to connect closer with our passionate fans by supporting the creation of tifos, a fundamental component of soccer culture. This artwork will represent our vibrant Charlotte community and will go down in history as CLTFC debuts in the Club’s inaugural MLS season.”

“Charlotte is a great place to live, work, and do business and we’re excited about being able to partner with the city’s first professional soccer team,” said Marvin Ellison, Lowe’s Chairman and CEO. “As an active company within our hometown, we look forward to connecting with fans through the development and unveil of the tifo, player appearances, and community engagements that benefit our city and region.”

Tifo is an Italian term derived from the word tifosi that refers to a choreography displayed by soccer fans in the stadium to support their team on matchday. As part of the partnership with Lowe’s, a special digital content series around the creation of the tifo will be released in preparation for the Fan Favorite sweepstakes.

On Saturday, March 5, the Club’s supporters will set the stage at the inaugural match at Bank of America Stadium with the unveiling of the first tifo before what is expected to be the largest MLS crowd ever of over 74,000 fans. The massive, colorful banner honors the city’s history, supporters, and soccer culture.

Various supporters’ groups collaborated on the artwork that will be unveiled at the match against LA Galaxy at 7:30 p.m. Led by a tifo committee of supporters, the project started in January 2022. Members of this group executed the design, sewing, drawing, and painting of the choreographed display, spending over 300 hours on the project. The central piece is 40×60 feet and each of the side banners is 10×60 feet. As part of this partnership, Lowe’s supported the fans by providing building materials, paint, and paint supplies to create the tifos.