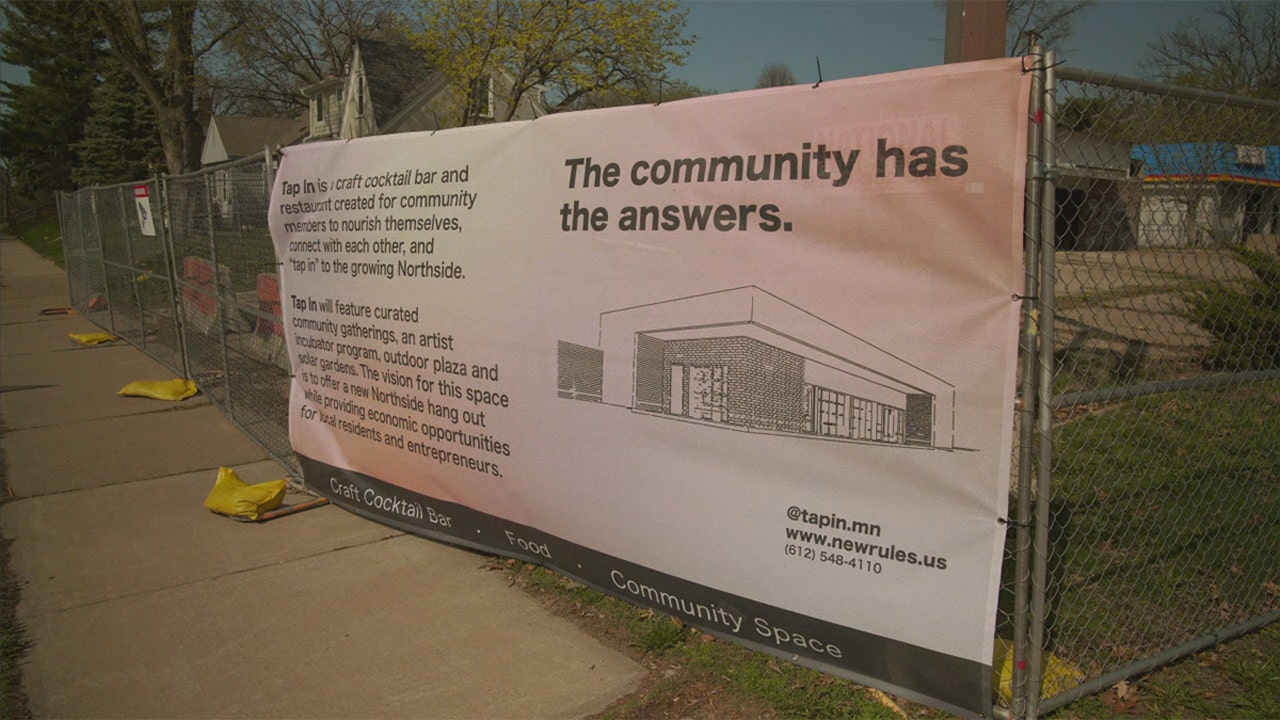 The mission of a new company is to take unproductive and overlooked buildings in Black and Brown communities, and turn them into hubs that address economic, education and health disparities.

At the corner of Lowry and Upton Avenues in North Minneapolis, there’s a former Super America that has been vacant for more than a decade.

“Our goal for all of our spaces is to juxtapose the culture and life that lived at this space before. And with it being previously a fossil fuels space, we’re really wanting to think differently about the design of this space to lower our footprint,” Webley told FOX 9.

On Monday, Webley’s real estate development company broke ground on the dilapidated property and plans to transform it into Tap In, which will feature craft cocktails, food and an event space.

Webley says the mission of his company, New Rules, is to take unproductive and overlooked buildings in Black and Brown communities, and turn them into hubs that address economic, education and health disparities.

“There’s endless potential here and what we’re trying to get at here is a space that will allow the community to tap into the full potential that this space and other spaces on the Northside can provide,” Webley said.

New Rules has already created a shared workspace for entrepreneurs and creatives a few blocks away and plans to renovate a 25 unit building on the Northside called Bell Lofts Apartments.

The developer is also in the process of turning a home on one of the only lakes in Brooklyn Center into a health and wellness retreat called Black Boat House.

“We’re looking at how we can activate these spaces to see how we can build community and tend to each other in the business models,” said Tap In designer Sophie Weber.

New Rules plans to have its newest project open in a couple of months and hopefully tap in to a new way to reinvest and revitalize the Northside.

“God put us here on this Earth, and we all have a calling and I hope this space is a conduit for people to tap into their calling and full potential,” Webley said.